By definition, businesses exist in order to undertake or engage in an activity. Thus it comes as no surprise that we try to do everything possible to satisfy you- including the seemingly impossible. Furthermore, the Zuelch firm has been satisfying its clients for quite some time.

For complex problems you need intelligent solutions. Intelligent solutions require experience. It's a good thing that we are a third-generation firm that offers more than just gray theories, but rather the development and production of paint and coating materials tailored to fit your individual needs.

The first recipe, 180 kg of "Broncetincture", was produced for the Carl Eckart Firm in Fürth, with whom we still enjoy business relations today.

During this time, trademarks were registered in Italy (Turin), Ireland (Dublin), India (Bombay), as well as Hong Kong and China.

Colours All Over the World

In 1945, almost all of our production and auxillary buildings were destroyed completely in approximately 12 minutes. Only the administration building remained, albeit heavily damaged. 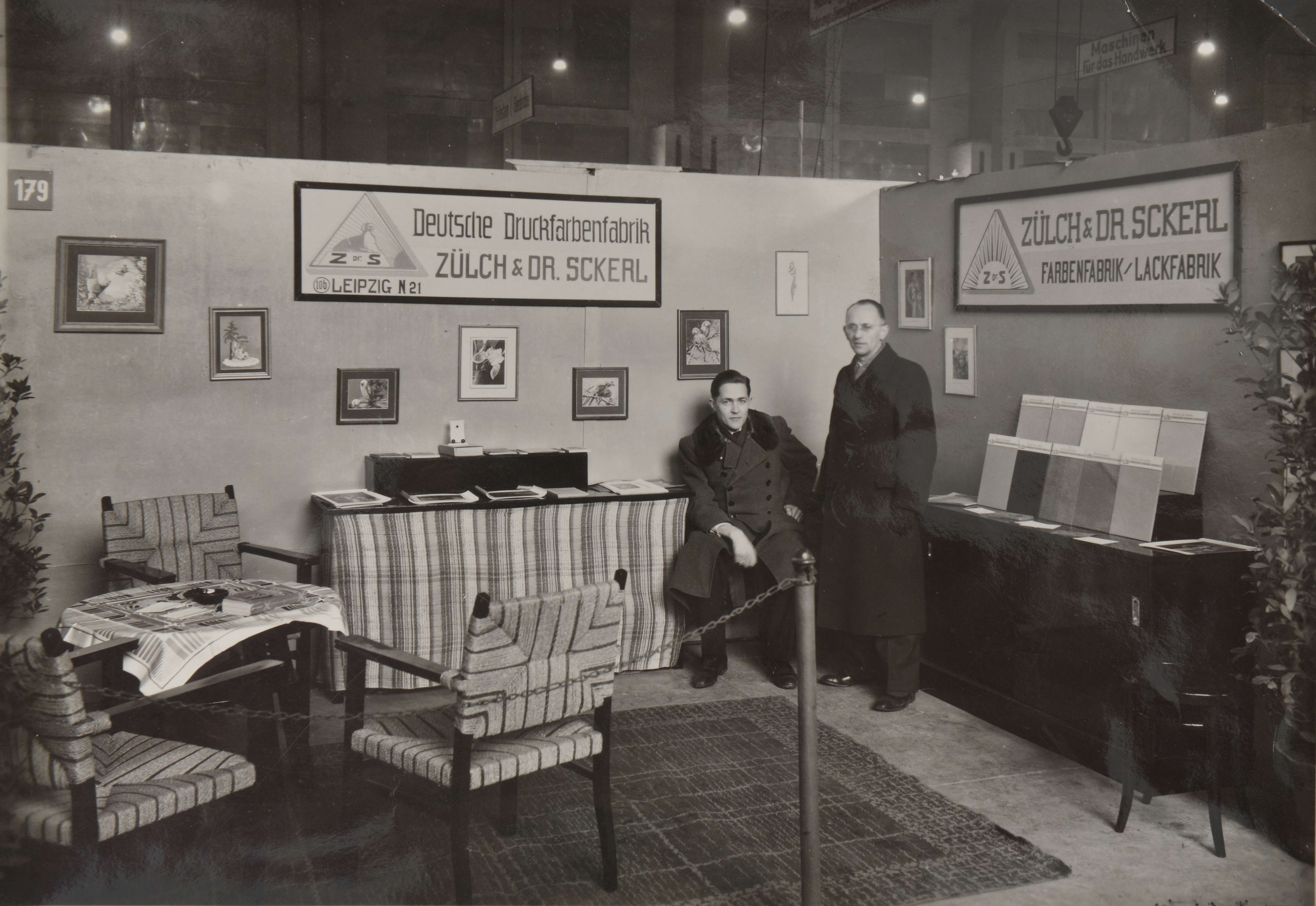 The Planned Economy (Live, and Without Colour!)

The following excerpt comes from a reader's letter to the editor which appeared in the Sächsische Zeitung in 1949:
Ordered on October 22, 1948, and Delivered on February 2, 1949; Four months of bureaucracy for approximately 70 kilograms of paint!

"…One can understand if the men from the state-run Wehoma Mechanical Engineering Company in Tharandt are aggravated. Above all, they need colour to paint their newly-finished machines. On October 22, 1948, they filled out form VB 25, requesting 70 kilograms of paint, thinner, and model paint.

On November 19, 1948, the order was approved by the Chamber of Commerce in Dresden (IHK-Dresden), but the Coswig firm could not deliver the paint. On December 31, the vouchers expired. This meant that new regulations had to be ordered before the vouchers could be used. In the meantime, the men from Tharandt got a delivery approval from the Coswig firm, but they no longer had a valid voucher to pay for the goods.

On January 26, 1949, the men from Tharandt took the delivery approval they had received from Coswig to the government of Saxony, in an effort to persuade the government for assistance in this matter. The government rejected their appeal on the basis that Tharandt was subordinate to Leipzig, and in this matter Leipzig was unable to deliver. After a spontaneous conversation with Mr. Schneider of the Department of Mechanical Engineering in Saxony, the recommendation was made to fill out form VB 23.

On February 1, form VB 23 was filled out and sent by courier. The SIK then replied, "the colour can be picked up from Zülch & Skerl in Leipzig." Zülch & Skerl replied, "first deliver the empty containers. Then you will receive a notification as to when you can pick up the paint. At the moment, we are unable to deliver." Soon after this letter was sent, Zülch & Skerl announced, "the approval for the delivery of paint has been rescinded by the Department of Chemistry."

The two-year plan is supposed to be achieved ahead of schedule, in order to cut costs. But with this mess and slow speed, this will prove impossible. 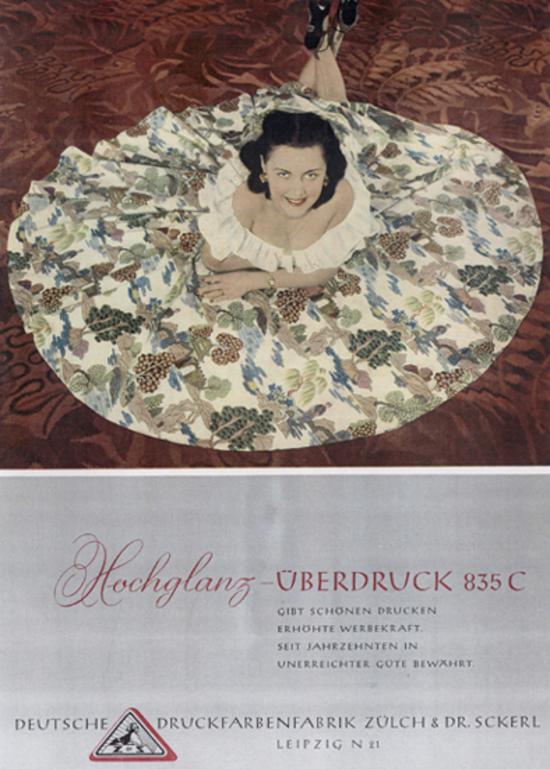 Escape from the GDR

In 1952, the Zülch family fled the former GDR. In the following years, the firm was taken over by the GDR and integrated into the "Vereinigung Volkseigener Betriebe Lacke und Farbe (LACUFA Group)." 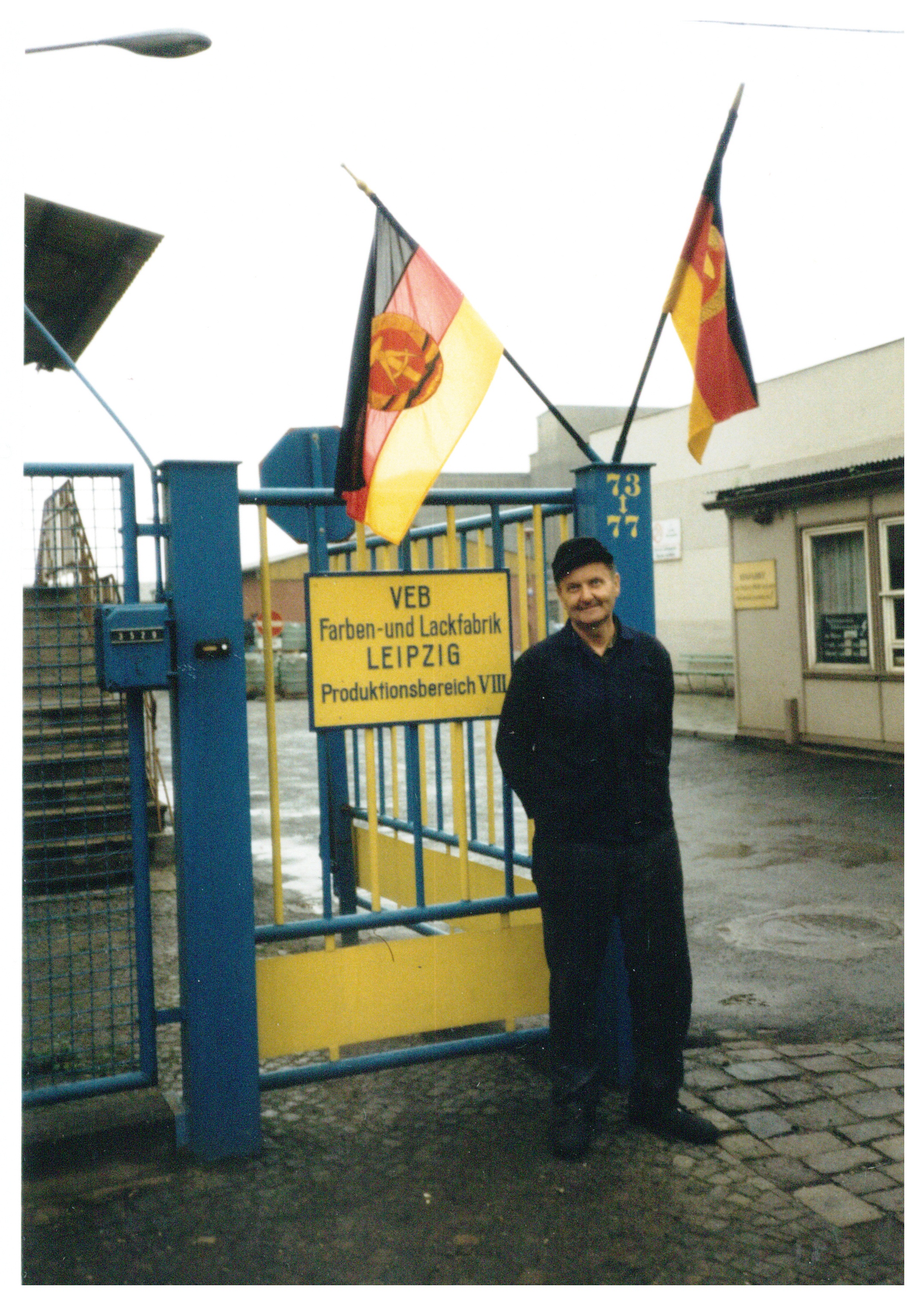 A New Beginning in the West

1985 the company moved to the totally renovated and refurbished facilities at the Friedrich-Ebert-Straße in Lerbach. 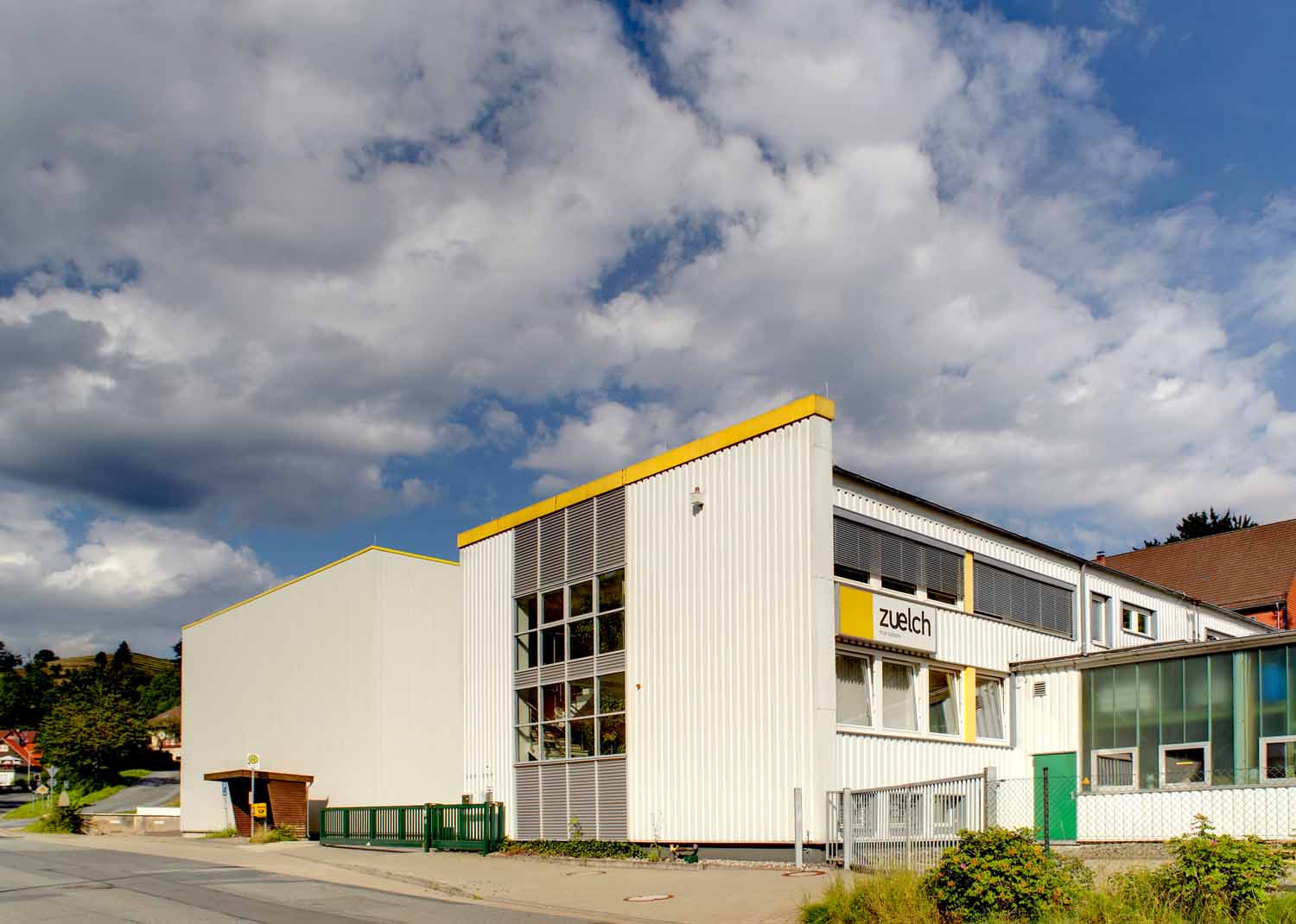 The pre-existing quality management system was certified according to EN ISO 9001, by TÜV-Cert., under the certification number 08/100/1790.

Due to the specialization of our product line and the increasing internationalization of our business, we now have contacts in the following countries: Austria, Switzerland, France, the Netherlands, Belgium, the United Kingdom, Sweden, Spain, Italy, Poland, the Czech Republic, Egypt, Columbia, Peru, the USA, Canada, Thailand, Hong Kong, China, and Australia.

In 1998, our commitment to the environment in both product development as well as our in-house assembly practices was documented through certification according to ISO 14001, by TÜV-Cert, under the certification number 08/104/1790.

A Family-Owned Business in its Third Generation

By Means of Water…

In 1999, the Zuelch firm patented a water-based coating.

In recognition of our expanding business abroad, we changed our name on March 1, 2001 to Zuelch Industrial Coatings GmbH. Now you can visit us on the internet.
Always in motion

After intensive research, the water dilutable alternative to the existing solvent-based corrosion protective coating can be presented

2009 - Inauguration of the new building laboratory

With vision, the foundation stone was laid in 2008 and the research and development capacity will be enlarged by a new laboratory building. The inauguration of the new laboratory took place on 25th September 2009 with a factory tour.

In total 8 laboratory workstations are cerated. Rooms for training opportunities as well as additional offices were added. 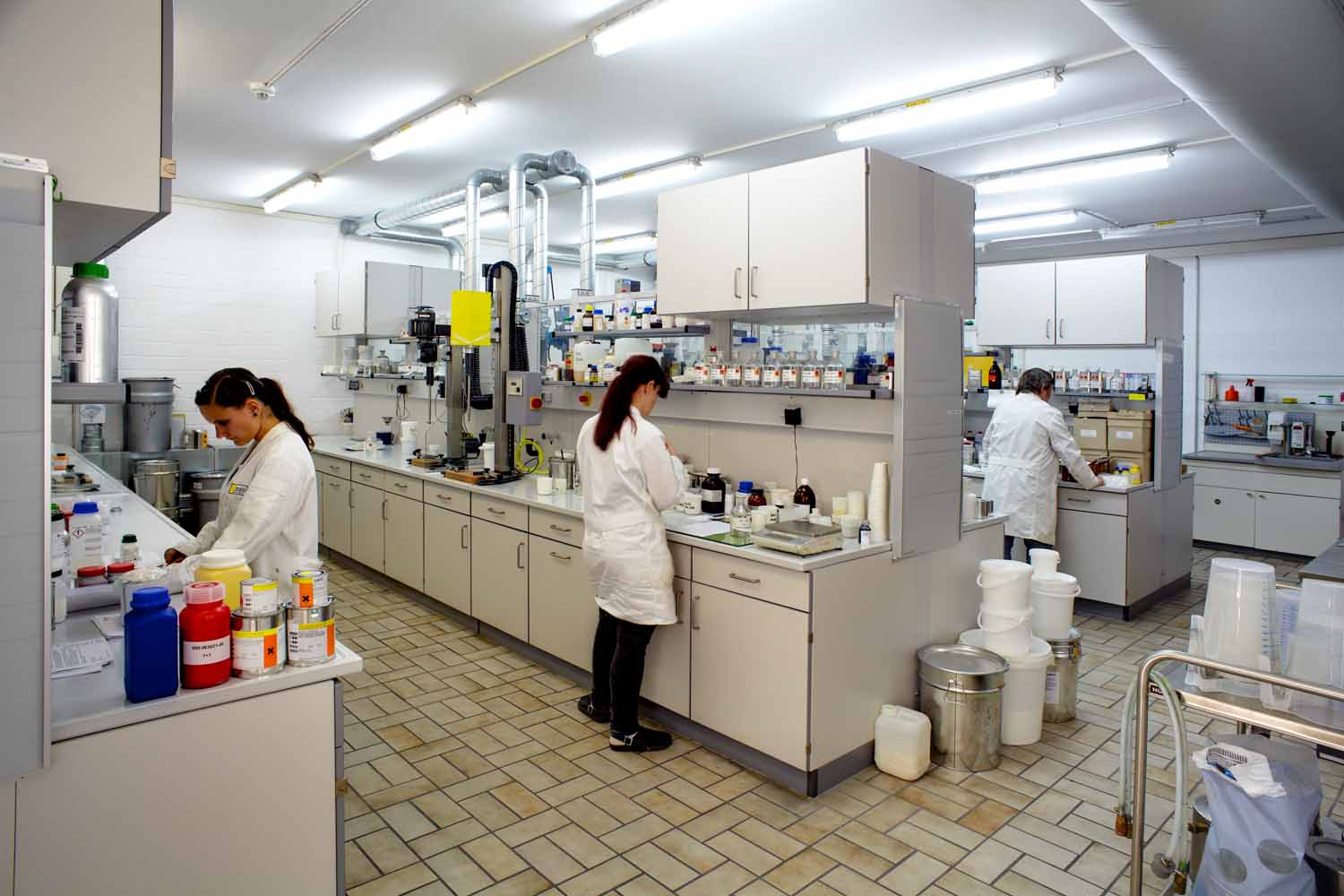 This new storage gives the company the chance to storage a much broader range of water dilutable products, a variety of raw materials, more water dilutable finished products and - with appropriate agreement - special products for the individual use. 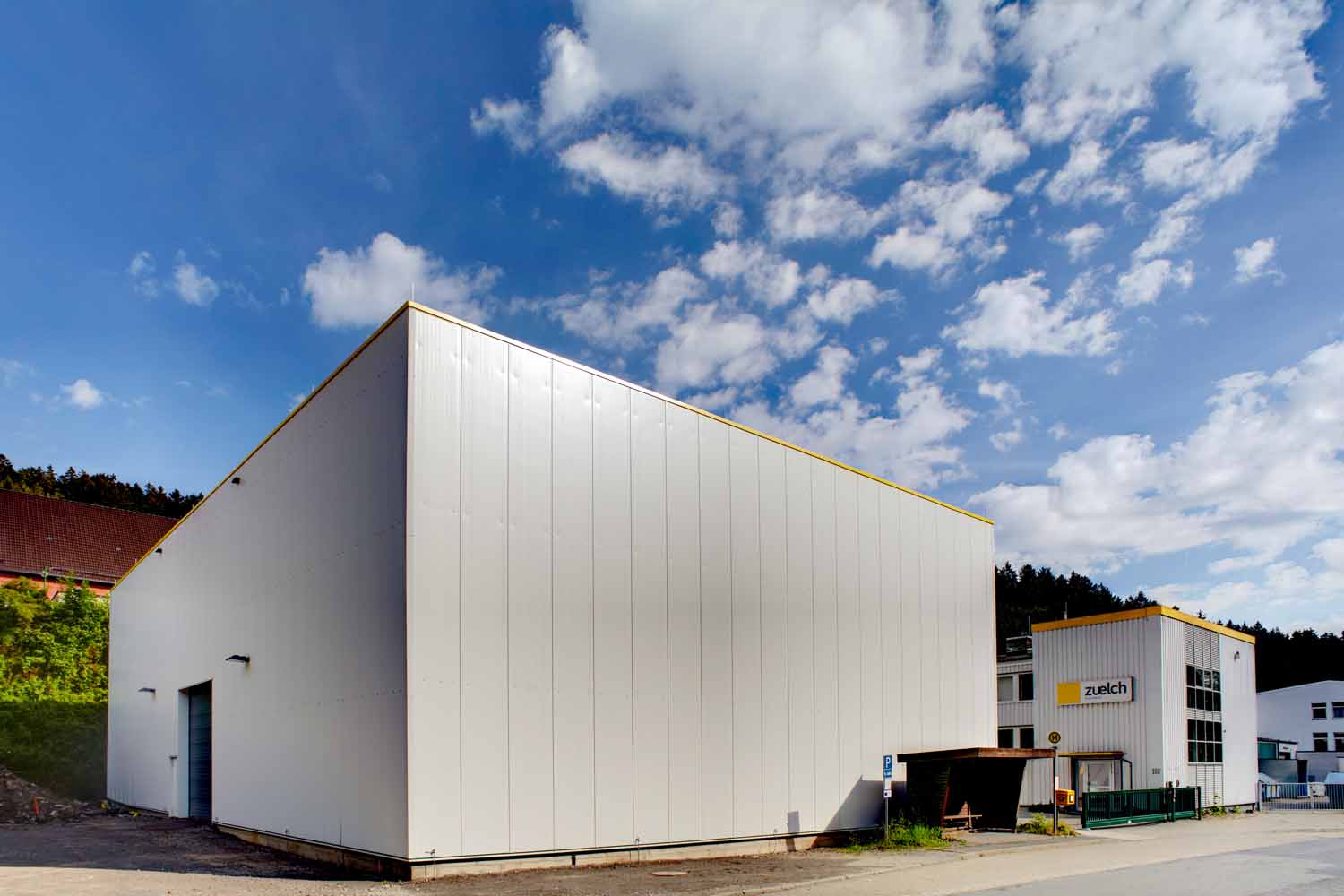 The newly designed and covered loading area now allows a loading and unloading regardless of the weather .

The installation of 150,000 euro expensive new heating, ventilation and filter system promises the cost and energy savings through better heat recovery and greater filtration efficiency.This is visible in the new container-like enclosures as well as the almost ten-meter-high chimney in stainless steel for all.

The only constant is change. In the future, we will show "true colours".

RAL Rose - One of more than 100 standardized colours of the RAL Institute. Zuelch supplies.

We offer the possibility to download free of charges